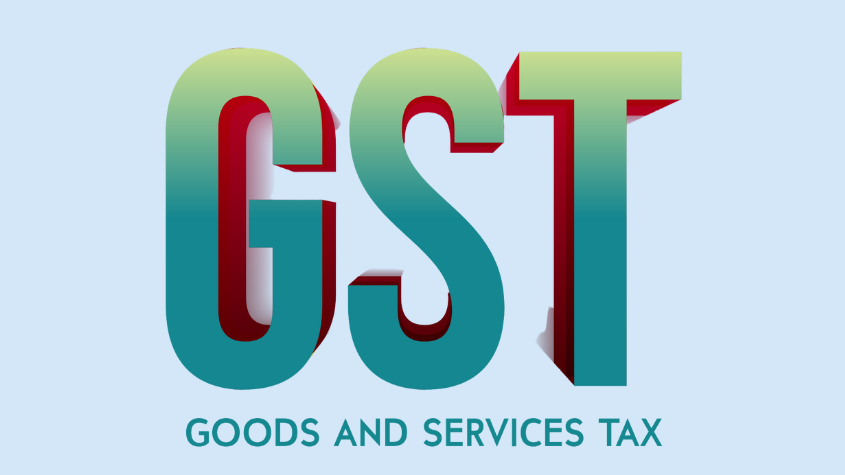 If customers and other relevant parties fail to make payments within the allotted time frame of 180 days, the GST Input Tax Credit (ITC) can be reversed. Sections and other important changes to subsection provisions are incorporated into the position.

A full table is provided to detail the stipulation and other changes that have been made and their individual effects on the applicability: We have explained deeply about What is GST Return? File GST Returns Online & Types of GSTR ? Simply. click on the text to read more.

GST ITC Reversal as Per Rule 37

Following the requirements asking for the GST input tax credit (ITC) reversal, including interest on the failure to file the taxes including the tax amount to the vendor in 180 days from the date of the issuing of the invoice, businesses would have faced challenges after the implementation of GST.

The greatest difficulty arises from ensuring compliance and addressing any irregularities that may have resulted from the way the relevant provision was written. As of 01.10.2022, significant revisions to the provisions listed in ITC reversal Rule 37 (concerning the manner to influence the reversal and re-availability) have been implemented.

Similar to the last article, this one examines the issues and analyzes the supplied provisions.

No registered person shall be eligible for any ITC unless the prescribed conditions are defined, as stated in the non-obstante clause that begins Section 16(2) of the CGST Act, 2017.

Possession of valid documents, filing of information contained therein via vendor, actual receipt of goods or services or both, payment of tax to the government, and filing of a return under GST filing in mumbai are all necessary to satisfy the aforementioned conditions. Additional details are provided in clauses 2 and 3 of Section 16(2).

According to the third stipulation, the recipient is entitled to a credit (which is added to the output tax from the second stipulation) on the amount he has paid for the supply value, which includes the tax that has been levied on it. {Read More: How to Login to GST Portal in India}

The procedure to demonstrate the aforementioned provisions is included in Rule 37 of the CGST Rules, 2017. The aforementioned amendment to Rule 37 became effective as of September 28, 2022, per Notification No. 19/2022-Central Tax. An effective comparison table detailing the changes is provided below.

Outlining the issues that arise within the scope of the aforementioned regulations.

A proviso indicates a deviation from the standard rule. It follows that the main provision must address the issue at hand and cooperate with the proviso. 16(2) includes certain requirements that the enrolled individual must complete in order to qualify as an ITC.

The enrolled individual is under no obligation to make a payment to the supplier within the allotted 180-day period. Therefore, the disputed provision(s) are inconsistent with the overall structure of Section 16. (2). Therefore, the same stipulation(s) must be examined for their efficacy for How to Register GST for Small Business in India?

A person is obligated to admit whether the connected proviso or provisos can be upheld only if they are treated as a stand-alone provision unrelated to any other substantial provision. Section 16(2), which deals with requirements related to the credit entitlement and not the reversal of the credit after entitlement, must be complied with by the relevant party.

Therefore, the validity would need to be assessed when the necessary proviso(s) are recognised as independent even if the same appears to be incongruous inside section 16(2) itself.

If it is indicated that the tax (for which the credit is being claimed) has been genuinely provided to the government through a seller, then it is possible that the relevant provision(s) will continue to apply. The same applies since Section 16(2)(c) only allows the credit to be granted when the government actually receives the money.

If the enrolled individual fails to pay the vendor within the allotted 180 days following the completion of the defined purpose, is there any basis for denying the credit? There would be no point in continuing to refuse the credit under these circumstances. The following is why it’s important to put the validity to the test.

The associated provision(s) are meant to investigate the enrolled person so that tax payments can be made without delay due to cash flow constraints. However, the corresponding provision(s) would provide the period of 180 days to reach the investigation specific, which would contradict the goal. The same logic suggests that basing the refusal of credit on the 180-day test period is an arbitrary criterion. Therefore, on the same grounds, a validation test is required.

Taxpayer Fails to Pay Within 180 Days

In the event that the registered individual does not pay the supplier in full within 180 days after the invoice date, the applicable provision(s) will be enacted. The act alone does not characterise a failure. In common usage, the word “failure” connotes a lack of doing what is expected or required. Therefore, it is reasonable to anticipate that the recipient and provider will settle their financial obligations within the allotted time frame of 180 days (s).

The apparent motivation for the ideation of the topic proviso aids the described problem (s). Given that the above stated goal is to get the vendor to agree to let the recipient pay the bill after 180 days, it stands to reason that the vendor wouldn’t have any reason to dispute the credit given to the buyer in the first place. The scenarios in which the aforementioned statements would be useful include retention payments and others.

In the event of a failure to make a payment within 180 days, the ITC amount and interest due on the output tax liability will be added together. As a result, the legislation grants the executive branch the discretion to conceive of the rule in the manner described, provided that the amount in question is equal to or greater than the output tax debt plus interest.

As a result, the Executive does not have the authority under the law to conceive of the Rule as superseding the consideration that adds the amount as “output tax liability.” The credit in question must be subtracted from the available credit in the relevant tax period, as evidenced by the requirement for a credit reversal under Rule 37(1) as amended when read with the revised GSTR 3B and Circular No.170/02/2022-GST dt.06.07.2022.

Since the same does not reference the addition of the amount as the output tax due, but instead provides for the reversal of the amount via available credit, the ITC’s updated rule 37(1) appears to be in disagreement with the proviso(s).

Filing information on the failure to provide the payment within 180 days in GSTR 2 and the stated amount was to be added to the output tax liability in the mentioned duration was required by rule 37(1) r/w 37(2) as in existence before 1.10.2022.

It was only after the assessee had submitted the GSTR 2 information that the aforementioned rule on the side provided for the inclusion of the amount of the output tax payable. The requirement to get the relevant amount reversed in GSTR 3B in accordance with the new rule 37 is effective as of 1.10.2022.

No longer would the GSTR 2 form need to be submitted. In the absence of a mechanism for submitting this data via GSTR 2, it is important to determine whether or not this requirement to add up to the output tax liability before 1.10.2022 will have an impact. Given the new amendment, which is prospective in nature, questions about the stated rule 37’s legality prior to 1.10.2022 would be raised once more.

Prior to October 1, 2022, Rule 37(1) merely required adding up the proportion of the invoice value that had not been paid after 180 days. The word “proportionate” is conspicuously absent from the new version of Rule 37(1).

The word “proportionate” is not included in the subject proviso(s) u/s 16(2). Therefore, the same may imply that the entire credit needed to be reversed even if only a fraction of the due sum was not paid by the end of the 180-day grace period. It follows that a credit must be canceled.

As of 1.10.2022, the interest payable u/s 50 must be disclosed in the GSTR-3B form filed with the ITC. The previous version of rule 37 had omitted the entire reference to Section 50(1). The updated rule 37 allows for the credit to be reversed rather than the amount being added to the output tax liability, reflecting the results of the discussion.

With the implementation of Section 50(1) (applies in the matter of a failure to file the tax) on October 1, 2022, this interest provision will no longer be relevant. Is it possible to collect interest under Section 50(3)? This means that the ITC’s false claims and misuse of Sec. 50(3) will finally be investigated. Even if there is another missed filing within 180 days of receiving the inbound supplies, the credit entitlement at the time of receipt is not contested.

When the next failure and subsequent requirement for reversal arise, the same procedure would be followed. As a result, one may make the case that the assessee has neither made a false claim or improperly exploited the credit in the given scenario.

The new Rule 37 is also different from the old one in that it does not specify how long interest must accumulate before being applied. It would appear that the amended Rule 37, which seeks to levy the interest u/s 50, is inconsistent with the main provisions.

It is important to note that interest will not be assessed on the claimed amount of the credit under Sec. 50(3) in conjunction with Rule 88B, even if the credit is not applied to the reversed amount.

According to the updated information that Rule 37 now provides, the assessee must pay the amount during the filing of the return in Form GSTR-3B for the tax period following the period of 180 days from the date of issuing of the invoice. Therefore, the required amount to be paid via filing the information in GSTR 3B of September 2022 when the duration of 180 days shall lapsed (in October 2022).

Does this mean that the assessee would have to pay the other interest for a whole month longer? The assessee’s ability to initiate the reversal prior to the occurrence failure date may be recognised as a similar possibility. Therefore, the interest should not be charged for that period of time. 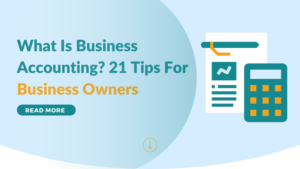 What Is Business Accounting? 21 Tips For Business Owners 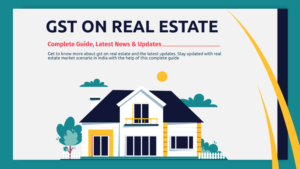 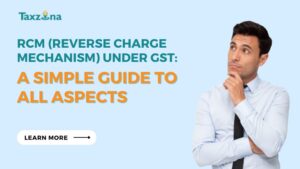 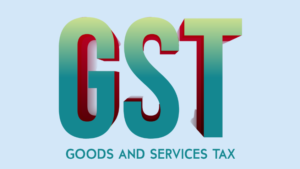 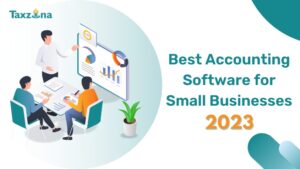 The Best Accounting Software for Small Businesses in 2023 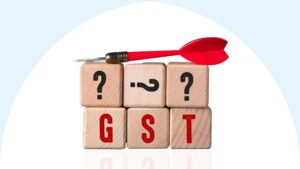 How to Register GST for Small Business in India?